A loud and clear call for explicit legislation securing payment of living wages in garment supply chains. Good Clothes, Fair Pay. Clean Clothes Campaign and other campaign organisations aim to collect one million signatures from European citizens to support the European Citizens Initiative (ECI) that calls for concrete measures to ensure workers in the garment industry are paid a living wage. 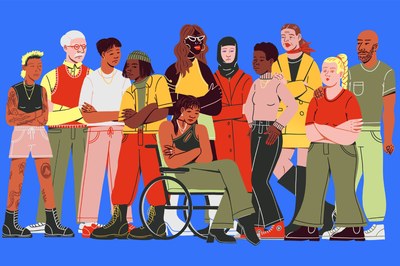 Today marks the launch of a massive European campaign on living wages. With support from a broad coalition of organisations and individuals, this is the biggest European campaign on living wages and the loudest call for legislation on this topic ever heard. The campaign calls on brands and retailers to put in place, implement, monitor, and publicly disclose a time-bound and target-bound plan to close the gap between actual and living wages. Brands are required to identify risk groups that are particularly hard hit by low wages, such as women and migrant workers and includes specific measures on companies’ pricing, costing and overall purchasing practices. The proposal for legislation would cover all brands and retailers who want to trade in the EU, independently of whether they are based in the EU or elsewhere.

There are a few important differences between this proposal and the recently proposed EU Corporate Sustainability Due Diligence Directive (CSDDD). The ECI specifically focuses on living wages, has a broader scope and underlines the importance of continuous engagement of stakeholders such as unions and workers. The CSDDD does not mention living wages explicitly, only covers large companies and plans to limit involvement of stakeholders to “where and when relevant”. Finally, the ECI calls for a grievance mechanism to address issues in the supply chain and act as an early warning system. The CSDDD only refers to a complaint mechanism that is not very specific yet.

CCC is a member of the committee that drafted the proposal and a key partner in the campaign. “Living Wages have been a key theme for the Clean Clothes Campaign for years, yet this is one of the areas where progress is hardly made. It remains too easy for brands to evade their responsibility as employers to make sure that their workers are able to live a decent life. There are numerous voluntary initiatives claiming to work on the issue but the reality is that garment workers can largely be defined as working poor; their purchasing power is extremely low and has barely improved – if not decreased – over the past decade. Voluntary initiatives have not resulted in meaningful improvements for workers. Legislation, binding measures and strong independent labour unions are needed now to secure living wages for workers” said Tibbe Smith Larsen, European Regional Coordinator of the Clean Clothes Campaign.

The Good Clothes, Fair Pay campaign will run for exactly one year, starting from today. If the campaign manages to successfully collect 1 million legitimate signatures, the next step will be for the proposal’s Citizens Committee to discuss the content of the proposal directly with the European Commission.

“The legislation that this campaign calls for is urgent and highly relevant for all garment workers, whether they are based in Europe, Asia, Africa or the Americas. The pandemic has made it painfully clear that without legislation or binding mechanisms, brands will ignore their responsibility as main profiteers from the labour of underpaid women. The issue of living wages is now more relevant than ever: the crisis has shown what decades of poverty wages result in, namely: workers being at immediate risk of not being able to provide basic needs for themselves and their families”, said Mario Ivekovic from labour union Novi Sindikat in Croatia.