“Made in Europe” does not guarantee that clothes are made fair, with workers facing extremely low wages and many other labour rights violations.

"If you are sick, you might as well just kill yourself. You can't afford being sick,"

A worker at the Hugo Boss supplier KRATEKS 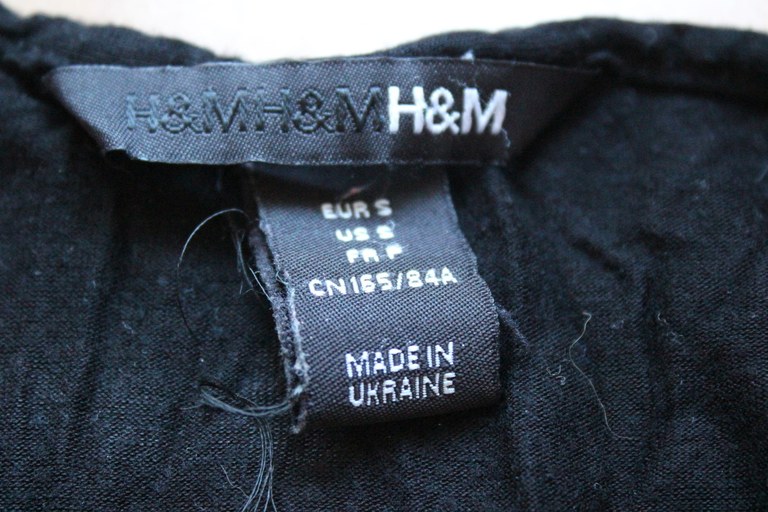 While many people are aware of the terrible working conditions and poverty wages that garment workers in Asia receive, they are in fact endemic in the whole global garment industry.

In response to awareness of violations in the Asian garment industry, some brands started advertising clothes with “Made in Europe” or “Made in EU” labels. The idea that this is an indication of fairness and social responsibility is a myth. There is a large gap between the legal minimum wages in Central, Eastern and South Eastern Europe, and what a worker would actually need to provide for themselves and their family.

In Romania for example, with almost half a million people the biggest garment workforce in Europe, the average wage within regular working hours of interviewed workers is as low as 14 percent of a living wage. According to workers, non-payment of the legal minimum wage for regular working hours is the norm.

Our latest study focuses on Serbia, Ukraine, Croatia and Bulgaria, where some 120,000 employees sew clothes for German fashion companies like Hugo Boss, Gerry Weber, Esprit as well as other German supermarkets, drugstores and fashion chains. Currently, during the COVID-19 pandemic, factory owners are often still forcing workers to come to the factory - despite the risk of infecting themselves and their families.

Clean Clothes Campaign urges both garment companies sourcing from European countries and the EU and other governments to take action. Our latest research focuses on German brands, which source a lot of garments from the region. In general, we are urging all brands to pay a living wage a to all workers in their supply chain, including in Central, Eastern and South-Eastern Europe, and to practice human rights due diligence.

The focus on German brands also points towards a responsibility of the German government. There has been a lot of talk about the establishment of a supply chain law in Germany. This recent research once more shows that such binding legislation is direly needed.

The EU needs to implement the commitments in its „European Pillar of Social Rights” and set an EU minimum wage: “Workers have the right to fair wages that provide for a decent standard of living. (…) In-work poverty shall be prevented.” That is why before the European Parliament elections in May 2019 we asked candidates for the EU Parliament to sign this pledge (PDF). Governments of production countries must enforce labour laws, set a minimum wage level according to the real cost of living and support a system of free legal advice centres in areas where the industry is concentrated

What can you do?

Want to do more? Send this sample letter with our demands to Hugo Boss.

Call on the German government to legally anchor human rights due diligence for companies in their supply chains. Sign the petition (in German).

Clean Clothes Campaign regularly researches working conditions and wages in European production countries. Below you can find our country reports and our in-depth reports on the region.