Gender-based violence and harassment, including sexual harassment in the world of work, are among the most pervasive human rights violations. The recent report of the rape and murder of a 20-year-old Dalit garment worker at Natchi Apparels by her male supervisor, in Tamil Nadu exemplifies this fact. 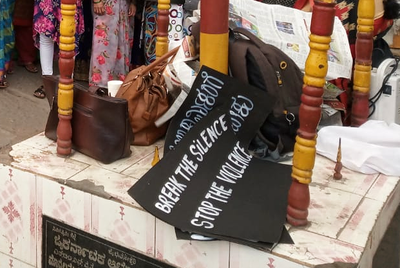 Natchi Apparels is part of the Eastman Exports Global Clothing Group and supplies H&M and Lidl among other brands. Female garment workers—who are the majority of the global garment workforce—experience the highest rates of sexual harassment and gender-based violence at work. Gender-based violence is especially severe in workplaces where the gender-based power imbalance is greatest and where workers have a limited ability to advocate for their rights, such as the garment sector. In India, Dalit women are particularly vulnerable because of caste-based discrimination, and according to human rights organisations, Dalit women are singled out for sexual attacks thousands of times a year.

From the initial investigations into this case, it is clear that the tragic loss of this woman’s life was the result of a confluence of factors connected to oppressive systems and structures that devalue and dehumanise women. As an immediate first step all brands sourcing from Eastman should agree to an independent investigation.

A unilateral investigation by brands is counterproductive as there is already adequate evidence to conclude that serious problems exist, and further inquiry should be carried out based on agreed terms of reference which includes the Tamil Nadu Textile and Common Labour Union (TTCU) pursuant to a broader enforceable agreement to inform the implementation of remediation and monitoring.

Women garment workers continue to be systematically exposed to violence and the industry’s standard mechanisms—voluntary systems of corporate self-regulation—are not sufficient. Companies must prioritise new approaches, such as the adoption of binding agreements with organizations representing women workers to make sure they can defend their rights at work without retaliation. The 2019 Lesotho Agreements prove that it is possible to root out gender-based violence in global supply chains by centring the voices and participation of workers, and through binding and enforceable agreements with businesses who are responsible for working conditions in their supply chains, and provide a model for Eastman and other suppliers in the region that have been plagued by gender-based violence, discrimination, and other serious labour rights for decades.

Brands should also ensure that Eastman negotiates in good faith with the family using established benchmarks for family compensation for apparel workers. This includes honouring the family's' request for union representation and ensuring the exaggerated charges against community members being leveraged as pressure to release the employer are withdrawn.

More information on the case and the demands going forward can be found here.