A fire in the two-story Nandan Denim factory in the Indian city of Ahmedabad a week ago on Saturday night killed at least seven workers. According to media reports, the high death toll was caused by severe safety defects in the factory. This fire thereby painfully shows the need for concerted preventive safety measures throughout India’s garment industry. 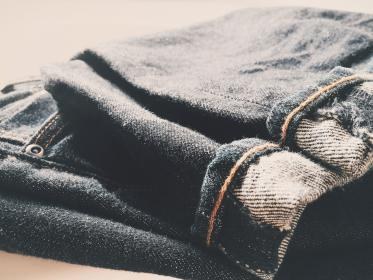 The factory on its website claims to be one of the world’s largest integrated denim fabric makers and, on a now removed page, named major international apparel companies including Wrangler, Zara, Joe Fresh, Target, VF Corp., Ralph Lauren and Primark as its buyers. Most of these companies have denied a recent sourcing relationship with the factory and the factory itself has indicated that this unit primarily produced for the local market. Despite these denials, the US import database Import Genius shows several recent shipments coming from the factory.

Nandan Denim was clearly no hidden factory far away from the purview of international companies or auditing firms. The fact that even such a large, internationally producing factory can turn out to maintain units that are obvious death traps is a bad sign for the safety of the many subcontracting and local producers in the country. Media reported that there was only one exit, accessible by a ladder, and that there was no alarm system. After an earlier fire in Delhi in December which killed over 40 workers, and at least ten other fires and major accidents in the direct vicinity of the factory in the last year alone, this once more shows that structural measures to address fire safety in the Indian garment industry are direly needed.

It is a question of great concern how apparent safety violations in such a major factory have gone under the radar of government institutions and international brands. This means that the supply chain monitoring systems of the major companies sourcing from this factory, usually carried out through commercial auditing firms, have all failed to either detect or remediate the lack of sufficient and safe exits and other safety measures in the factory. A factory spokesperson refused to comment to journalists on whether the factory had undergone audits. Without a credible, transparent, legally binding safety programme that allows for inspection, remediation, training and a complaint mechanism, tragedies like those of this month and December are likely to recur.

Ashim Roy, President of the Mill Mazdoor Panchayat Union (MMP) in Gujarat says, “The Nandan Denim fire shows the gross failure of regulation in this massive denim hub production for global brands. Labour, fire and safety, and building codes have all been violated. Global brands are equally responsible for the safety of their supply chains and for the compensation of the affected workers in the factory.”

It is furthermore of utmost importance that the families of the killed workers as well as those injured on the job are compensated for at least loss of income and medical costs, based on established norms, as laid down in ILO Convention 121 on employment injury benefits. The compensation of 1 million INR (ca. 13,000 EUR) promised by the factory, as well as a commitment to employ deceased workers’ family members is a promising start, but supply chain responsibility for workplace death and injury should be more than an ad hoc affair, include buyer accountability and ideally also take into account workers’ pain and suffering to make sure to do justice to workers’ rights and needs.

Further measures to do justice to the workers wronged in this case are underway. The police arrested the director, general manager and fire safety officer of Nandan Denim and charged six persons of the factory’s parent group of homicide and negligence.