Amazon took a useful first step toward transparency on 15 November 2019 by publicly disclosing on its website the names, addresses, and other details of over 1,000 facilities that produce Amazon-branded products, a broad coalition of human rights groups, labour rights organizations, and global unions said today. But the list is not easily accessible, sortable, or sufficiently specific to learn the type of products made in each of the listed facilities, limiting its value for consumers, workers, and labour advocates. 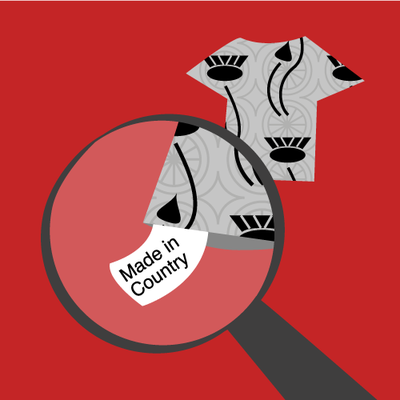 Amazon’s public disclosure adds to a growing trend of brands and retailers publishing information about their global supplier factories that manufacture their own-brand goods. The 2019 Fashion Transparency Index (FTI) reported that 35 percent of the 200 major apparel brands surveyed published their production locations, up from 12.5 percent of the 40 brands surveyed in the 2016 index. This increase in publicly disclosing supply chain data shows that companies are moving toward greater transparency.

“The decision by Amazon, the world’s largest online retailer, sends an unambiguous message that transparency is critically important and here to stay and grow,” said Aruna Kashyap, senior women’s rights counsel at Human Rights Watch. “Brands that don’t publicly disclose their supply chains may not know where their products are made, making it harder to determine whether they are acting responsibly, and where the disclosure is not easily accessible, they make it difficult for workers to report labour abuses.”

Amazon’s action, which includes disclosing facilities that produce apparel, consumer electronics, and home goods products, comes at a time when consumers are increasingly shopping online rather than from brick-and-mortar retail locations. The United States Department of Commerce reported that US retail e-commerce sales for the second quarter of 2019 was US$146 billion, accounting for about 10 percent of all retail sales.

The coalition wrote to Amazon in 2018 asking that it publish supply chain information in a manner that would, at a minimum, comply with the standard set out in the “Transparency Pledge.” The Transparency Pledge asks companies to publish a list of the names, addresses, product type, a rough indication of the number of workers at every facility, and the parent company of the factories involved in assembling, embellishing, and finishing their own-brand products (called tier-1 factories) on their websites. The coalition is now campaigning for all apparel and footwear brands to adopt the Transparency Pledge standard.

The coalition has reached out to more than 70 companies with own-brand apparel products, urging them to align their supply chain disclosure practices with the Transparency Pledge standard.

A company with Amazon’s resources is able to take stronger action to ensure better transparency and improve human rights due diligence in its supply chains, the coalition said. Amazon should fully align with the Transparency Pledge standard, disclose additional layers of its supply chains, and make the information easily accessible and filterable, following industry good practice. It should also track and publicly disclose which of the factories it uses have unionised workers and collective bargaining agreements.

“We hope Amazon’s disclosure is the first step of many toward supply chain justice,” said Christy Hoffman, general secretary of UNI Global Union. “In addition to transparency, the company needs to make binding commitments with unions to monitor and fix problems in the factories it uses and report on its progress publicly. Amazon can – and should – do better in its supply chain and its own fulfillment centers.”