by christie — last modified 2018-03-13 09:56
Over 100 organizations have now joined the call for an end to the politically motivated prosecution of Cambodian human rights defender Tola Moeun, since a letter to the Cambodian government was published last month. 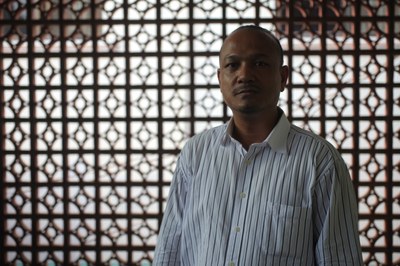 The initial letter was co-written and signed by four global unions and more than 30 national and international human rights and worker rights NGOs, after prosecutors in Cambodia sought criminal charges and an order for pre-trial detention against Tola and two other prominent civil society leaders, Pa Nguon Teang, an advocate for press freedom, and Venerable But Buntenh, an activist monk. The charges, as detailed in the letter, are baseless and appear to be politically motivated.

Tola is the Executive Director of the Center for the Alliance of Labor and Human Rights (CENTRAL), and is a renowned advocate of labour rights in Cambodia.

Since the letter was published on 19 February, more than 50 additional organizations from around the world have signed in support, including Amnesty International, all calling for the Cambodian government to respect fundamental human rights and to immediately drop the charges against Tola and his two co-defendants.

It is well known that Cambodia’s courts are not independent, but rather are driven by the political interests of the ruling Cambodian People’s Party. These charges constitute an attempt to silence and punish one of the country’s leading independent voices for worker rights.

“Watching Cambodian authorities relentlessly target a renowned labour rights activist who has facilitated access to grievance redress for garment workers before the country’s Arbitration Council should alarm brands that know the economics of averting labour rights crises,” said Aruna Kashyap, senior counsel in the women’s rights division of Human Rights Watch. “Brands that are silent should be clear about how costly that can be—every initiative they plan in Cambodia risks failure or ridicule if civil society is confined in jails or harassed out of the country by Cambodian authorities. Ultimately, this will precipitate labour abuses in brands’ own supply chains because it will take a toll on garment workers’ ability to have their disputes resolved constructively.”

“This is part of the on-going clampdown not only against human rights defenders critical of Hun Sen regime but also against the national trade union movement. This government has introduced and implemented trade union law which makes it impossible to organise and bargain collectively. If there is any sense of decency left with this dispensation it has to drop the case,” said Apolinar Z. Tolentino, Building and Wood Workers International Regional Representative for Asia Pacific.

Read the letter with the additional signatures here.