by mirjam — last modified 2020-08-10 10:40
Contributors: 13f11af8dd02495ebe4dcf89231e1fc9
Twenty-two human and labour rights organizations from around the world are calling on H&M, C&A, Inditex, Gap and VF to press for the release of unjustly imprisoned Bangladeshi union leaders and worker rights advocates and the reinstatement of 1,500 workers suspended or terminated for taking part in a wage strike. Sign the petition! 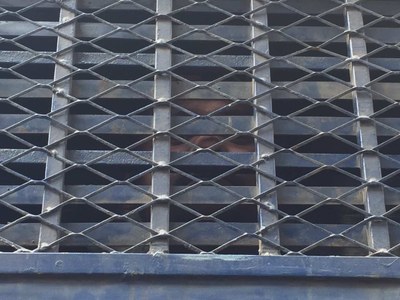 You can join the fight with the workers in Bangladesh and sign the petition here.

In a January 18 joint letter to more than 60 brands and retailers, the human and labour rights organizations call on the companies to intervene with the Bangladeshi government to gain the release of the imprisoned labour leaders, and to urge their suppliers to drop charges against them and reinstate any workers suspended or terminated for participating in the strike.

The letter notes that a January 4 joint brand letter to the Prime Minister of Bangladesh was a positive first step, but that more concerted action is urgently needed.

Since December 21, 2016, in the aftermath of a week of unrest by thousands of Bangladeshi garment workers striking for higher wages, the Bangladeshi authorities have arrested at least 12 union leaders and worker rights advocates and two workers. All those detained have been denied bail and are still in custody.

At least two of the detained labour leaders have reportedly been badly beaten while in custody, and at least one has been threatened with death.

The Bangladeshi government and garment factory owners appear to be using the wage strike as a pretext to crack down on the labour movement. Employers responded to the strike by temporarily closing 59 factories and by dismissing and laying charges against hundreds of workers for their alleged participation in the strike.

The striking workers were demanding an increase in the minimum wage to 15,000 BDT (EUR 182) a month. The current minimum wage of 5,300 BDT (EUR 63) per month hasn’t been increased since 2013, while the cost of living for workers has increased significantly. Minimum wages have been doubled in Indonesia, Vietnam and Cambodia over that same period.

As the joint NGO letter notes, “Prolonged detention of labor leaders and striking workers will cause further reputational damage of Bangladesh and companies sourcing from the country, and will discourage labor activists’ ability from exercising their fundamental rights of expression and association.”

A first letter was send to key brands sourcing from Bangladesh on 23 December.