by christie — last modified 2016-04-14 11:58
Clean Clothes Campaign strongly condemns the recent attacks on workers and trade unionists in Cambodia and is particularly concerned about the targeting of trade union leaders such as Ath Thorn and Athit Kong (Cambodian Labour Confederation). Clean Clothes Campaign has protested the harassment in letters to the Cambodian Government and the EU delegation and European embassies in Cambodia. 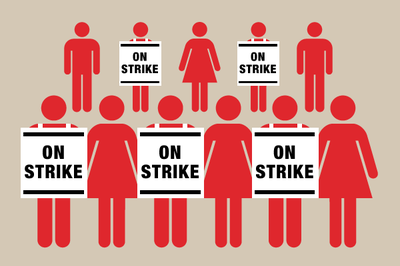 The current wave of violence and harassment against trade unionists started with a peaceful workers' demonstration outside the buildings of Capitol Tours Bus Company on the 6th of February 2016. The group protested against more than 6 months of severe union busting. In July last year workers started to organize and immediately a number of the organizers and members were dismissed. The case was taken to the Arbitration Council which ordered the company to reinstate the workers with back pay, but Capitol refused to implement the decision. A strike for the reinstatement of dismissed union activists started. After a failed attempt to negotiate, workers gathered on the 6th of February to resume their strike.

Simultaneously, a large group of members of the pro-government Cambodia for Confederation of Development Association (CCDA) gathered. Soon after the strike started, several of them started to beat up strike participants, using sticks, hammers and metal bars. The police intervened, pushing back the strikers, and arresting and beating two union members. No members of CCDA were arrested.

The arrested were charged with aggravated intentional violence, obstructing public officials and obstructing a public road. Furthermore, trade union leaders Ath Thorn, President of the Cambodian Labour Confederation (CLC), Kong Athit, Vice-President of CLC, Sok Chun Oeung, President of Cambodia Informal Worker Association (CIWA) and Eang Kim Hun, General Secretary of the Cambodian Transport Workers Federation (CTWF) were charged with the same offenses, although not detained. None of the four union leaders were present during the violence. If taken to court, all six could potentially face between two and six years in prison.

International protests against the violence

Clean Clothes Campaign, together with the International Trades Union Confederation and other labour rights organizations, condemns the violence and charges. The charges constitute a serious threat to the freedom of association in Cambodia, which can have repercussions for workers all around the country, including those in the garment industry.

Clean Clothes Campaign contacted the Cambodian Government, urging to withdraw the charges, to arrest the perpetrators of violence and to ensure that Capitol Tours Bus Company ends the practice intimidation of union members. The Ambassador to the EU in Cambodia has been requested to raise these concerns with the Cambodian government.

Carin Leffler of the Clean Clothes Campaign states: “We already had our concerns regarding freedom of association in Cambodia; especially the still pending new trade union law was worrying us. These charges show a new level of deterioration in the state of trade union freedom in Cambodia, which is very bad news for Cambodian workers, in the garment industry and elsewhere.”