by geertjan — last modified 2013-04-24 09:50
This week Clean Clothes Campaigns in Spain, Germany, Belgium, The Netherlands and Austria organise candlelight vigils in front of C&A stores. The labour rights group calls upon C&A and other buyers from the Tazreen Fashions factory in Bangladesh to ensure compensation to the victims, take credible steps to prevent future tragedies in the industry and support a full and transparent investigation into the fires. C&A and Li&Fung have confirmed that they were sourcing from Tazreen at the time of the fire that caused the death of at least 112 workers, and injured more than 50. Other companies that confirmed sourcing from Tazreen in the past year include Spanish companies Sfera and Hipercor (subsidaries of El Corte Inglés) and the German discounter KIK. 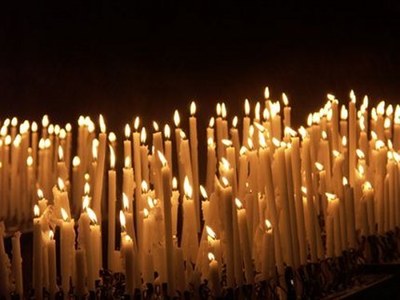 “With the vigils we want to pay respect to the victims, and expect from companies sourcing from Bangladesh that they join the Bangladesh Fire and Building Safety Agreement to ensure nobody has to die to produce our clothes” says Christa De Bruin, International Coordinator at CCC The Netherlands.

In Hong Kong, labour groups took to Li & Fung's head office to demand immediate action from the sourcing agent. In India and the US, labour unions and supporters groups lit candles in remembrance of the victims.

To prevent future tragedies, campaigners also call on brands to sign on to the Bangladesh Fire and Building Safety Agreement, developed prior to last week’s tragedy by Bangladeshi and global unions and labour rights organizations. The agreement provides for, amongst other actions, independent inspections of supplier factories, public reporting, mandatory repairs and renovations, a central role for workers and unions in both oversight and implementation, supplier contracts with sufficient financing and adequate pricing, and a binding contract to make these commitments enforceable.

Companies PvH (Tommy Hilfiger and Calvin Klein) and Tchibo have already signed this Agreement. The Agreement becomes effective once four companies sign up. Allowing trade unions to freely operate in workplaces will also play an important role in fire prevention by giving workers a voice in their workplaces.

“It is not sufficient to just pay humanitarian aid. C&A and Li&Fung are responsible for full redress of the victims. They should contribute to the loss of income and compensation for pain and suffering, in line with international standards”, says Tessel Pauli from the Clean Clothes Campaign International Secretariat.

In addition to compensation to the families of the deceased for damages and loss of earnings, the brands are expected to provide compensation for injured workers, cover costs of emergency relief and medical treatment and to compensate loss of earnings suffered by workers recovering from  injuries and for those left unemployed as a result of the fire.