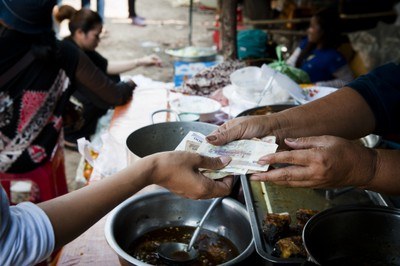 Garment workers' unions and human rights groups will hold a tribunal in Bangalore this week to hear evidence of systematic human rights abuses in the Indian garment industry. Supplier factory owners, government and industry representatives, multinational brands including H&M, and over 100 factory workers will give evidence in front of a panel of judges from 3 continents on the topic poverty pay and poor working conditions.

Wages below poverty levels are a ongoing problem in the Indian garment industry, which exports €7284 million of clothing for European consumers each year. The monthly minimum wage for garment workers in Bangalore is Rs 4472, (around €64), which is said to be only 43% of a living wage enough to support a family.

Multinational fashion retailer GAP, who are one of the biggest buyers in the Indian export market, have refused to attend the tribunal or present evidence on their role, despite the fact that a number of human rights abuse cases are due to be brought to the tribunal by workers from its factories.

Anannya Bhattacharjee, the President of the Allied Workers Union in North India, said: 'If brands like GAP refuse to take part in worker-led processes that could see real change fostered in the industry, these problems will never be solved. This is a multistakeholder problem that requires everyone to work towards the solutions. GAP's CSR promises are hollow if they refuse to hear from workers who experience the daily results of their pricing and sourcing practices.' Ashim Roy, General Secretary of India's New Trade Union Initiative, said: 'Change is absolutely critical. India's development must no longer be enslaved to western brands pricing policies. The evidence brought to the tribunal will demonstrate once and for all that a collective effort is needed now to work towards paying the Asia Floor wage to workers in India.'

A series of regional hearings have already taken place to gather evidence from thousands of garment workers from all garment production centers in India. Evidence has been gathered which demonstrates issues such as illegal compulsory overtime, inhuman productivity measures, wage theft, systematic denial of social security payments, sexual harassment and gender discrimination, and active suppression of the right to freedom of association.

International workers' rights group Clean Clothes Campaign also participates in the tribunal and urges governments and global buyers sourcing from India to take the findings seriously. 'With this tribunal we hope to see some real commitment from big brands buying from India to start addressing the needs of theirworkers - a living wage should be at the root of these policies,' said Jeroen Merk, Clean Clothes Campaign International Secretariat.