by geertjan — last modified 2013-04-25 13:51
Thousands of people from across the globe are leaving messages on adidas originals' Facebook page about adidas' failure to pay Indonesian workers US$1.8million severance pay. 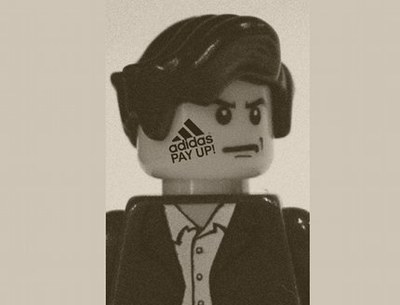 Thousands of people from across the globe are leaving messages on adidas originals' Facebook page about adidas' failure to pay Indonesian workers US$1.8million severance pay. The 2,800 workers produced adidas goods until their factory, PT Kizone, closed down in April 2011. Every adidas' post is swamped with comments relating to the severance pay issue.

The protest marks the start of a global week of action, bringing together labour rights groups such as Clean Clothes Campaign, Labour Behind The Label, People and Planet, SumOfUs, United Students Against Sweatshop, War on Want and many more. Supporters are asked to join a different action each day. Mirjam van Heugten from the CCC says: ‘This is just the start. It’s time for adidas to change its long-held policy on severance and pay the workers, who have been forced into debt. adidas should show it is the global leader it positions itself as, follow its competitors and pay up.’

The Facebook invasion is caused by people from all corners of the world. Stina from Sweden writes: ‘Such a successful company ought to have the best paid employees in the world. Shame on you adidas that you don't. Make amends!’ Adam from Australia says: ‘Surely giving $1.8m to the destitute in Indonesia is worth more in positive advertising than spending the same to sponsor yet another professional team.’

The campaign follows months of action from several campaigning groups. During the Olympics, War on Want projected a giant adidas logo on a building in central London with the slogan: ‘Exploitation: Not OK here, not OK anywhere’. In September the CCC, USAS and SumOfUs handed over 50.000 signatures to adidas stores in Germany, the UK and the US. adidas says it refuses to cough up the severance pay.