by geertjan — last modified 2013-04-24 09:50
After a long standing campaign launched by Clean Clothes Campaign in November 2010 and a recent petition hosted by Change.org, Giorgio Armani SpA agreed to ban the dangerous practice of sandblasting jeans, a technique used to give jeans a used look which is highly dangerous to workers. 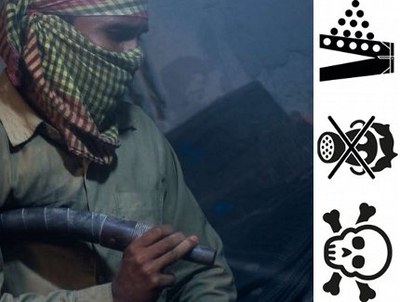 Many companies were quick to ban the process; Gucci, H&M and Levi's for example. Others took longer to adopt a ban while some only recently responded to public pressure - after many months of silence, in July 2011, Versace said they agree that the sandblasting operators who make the finishings on the jeans run unacceptable health risks. Previously they had refused to join the call for a ban and refused to provide details of their production. Armani now joins them with a promise to eliminate sandblasting from their supply line.

“In regard to the sandblasting finish applied to certain garments, the Armani Group wishes to make clear that this technique has been eliminated from our production processes starting from the autumn-winter 2011/2012 collection that is currently available in the stores worldwide,” Armani announced via Facebook and Twitter.

Sandblasting, a process that involves workers firing sand under high pressure to give jeans a ‘worn’ look, can cause silicosis, a potentially lethal pulmonary disease. The process has led to the deaths of scores of workers in garment producing countries like Turkey.