by geertjan — last modified 2013-04-25 13:27
Just recently a judge in the case against Kalpona Akter and Babul Akhter from the Bangladesh Workers Solidarity Center (BCWS) and other labour leaders decided that the accused will have to appear in court next month under a system designed to speed up the trial process. 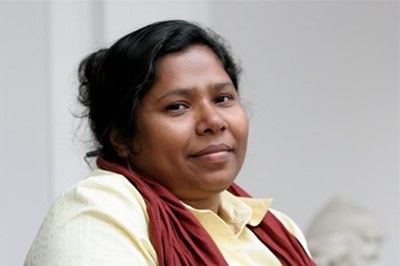 All cases consist of a range of charges with punishments ranging from three months to ten years to life in prison. Some of the charges are punishable by death.

That summer Kalpona Akter and Babul Akhter spent 30 days in jail, during which they were threatened and tortured. BCWS organiser Aminul Islam was also imprisoned and beaten  by National Security officials. All three are now free on bail; however, the falsified charges against them remain in a total of 11 cases filed by separate factories including Nassa, a major Walmart supplier.  Hundreds of workers and activists face trial, including Mushrefa Mishu from the Garment Workers Unity Forum who was arrested and detained for more than 4 months and who still suffers from health problems due to police maltreatment.

As the largest buyer of Bangladeshi-made clothing, US based Walmart has the power to ensure that Bangladeshi garment workers facing poverty wages and abusive conditions can stand up for their rights without risking harassment, imprisonment and torture. Although Walmart  has claimed their supplier Nassa has withdrawn their charges, this is not the case.

Ask Walmart to tell its suppliers that have instigated false charges against Kalpona Akter, Babul Akhter, Aminul Islam, and other labour leaders that those charges must be dropped; that the police and security officials responsible for the alleged torture and mistreatment be investigated and held accountable; and that labour rights defenders like the Bangladesh Center for Worker Solidarity be allowed to operate freely.