Play Fair Campaign launches in Brazil ahead of 2014.

by geertjan — last modified 2013-04-24 09:51
An international conference organised by "Play Fair" and the Building Workers' International has opened in Rio de Janeiro, Brazil. The Conference will launch the BWI Campaign around the World Cup 2014, as well as the Olympic Games 2016 Play Fair Campaign. 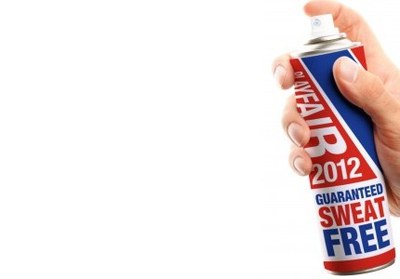 Play Fair is a global campaign that involves different international trade union federations and NGOs, including the Clean Clothes Campaign. Labour rights groups and trade unions from many countries in developing and transition countries are supporting and participating in the campaign.

For the first time in history, the world's two biggest sports events are being held in the same country, within two years of each other. While countries and cities all around the world are rightly proud of hosting these big sports events, the workers who are making the merchandise for the events, such as T-shirts, bags, shoes, stationery and other items, are too often victims of abuses and work in indecent conditions. "Is it fair to go to a mega sports event and pay a high price for a t-shirt that has been made by an underpaid worker in a sweatshop on the other side of the world?" asks Play Fair.

The campaigners want FIFA and the International Olympic Committee, together with the local organising committees, to accept their responsibility to make sure all production and construction around the events is done under decent working conditions.

"It is totally unacceptable that the workers involved in those massive sports events are still exploited. The workers should gain from these games too - not suffer from them," said ITUC General Secretary Sharan Burrow. "With this campaign, we aim to make sure that sports events are fair for workers involved in the making of sporting goods and the building of venues," she added.

"It is paramount that the principles of the decent work agenda are applied during the works for the World Cup and Summer Olympics in Brazil," said ITUC Deputy President Nair Goulart. "The construction works are already under way - such as the infrastructure projects - and the workers are already demanding better health and safety conditions as well as decent wages. This campaign is important to raise awareness in regards to the respect of the decent work agenda. Moreover, we should make sure a collective agreement can be reached at the national level in respect to the minimum standards of the ILO," she added.

Meanwhile, Play Fair2012 is preparing for a STREET DEMONSTRATION TO BE HELD IN LONDON ON APRIL 5 to push for "Sweatfree Olympics". The occasion is a visit by the International Olympic Committee to the UK capital, that will host the Games in 2012. This is the perfect opportunity to put pressure on the decision makers at the top to make decisive change for workers' rights and ensure sweatshop-free conditions for workers making official Olympic goods and sportswear.

For more information about the sportswear campaign, please check the new website at to www.play-fair.org