Earning a living wage is a human right but garment workers in Europe struggle to make ends meet on their current wages. We have developed a benchmark for living wages in European countries that reflects the reality of garment production in Europe.

Why focus on a Living Wage?

Buyers should pay the full price for the production of a garment. This includes a wage that the workers making the products can live on. Earning a living wage is a human right, but garment workers' wages in Europe are far below the poverty line.

In fact, the gap between current wages and a living wage is often bigger in European production countries than in Asian production countries. Brands take advantage of the fact that most people are unaware of this. Consumers are offered false assurances of fairer conditions when products are "made in Europe".

How much do workers need to live on? 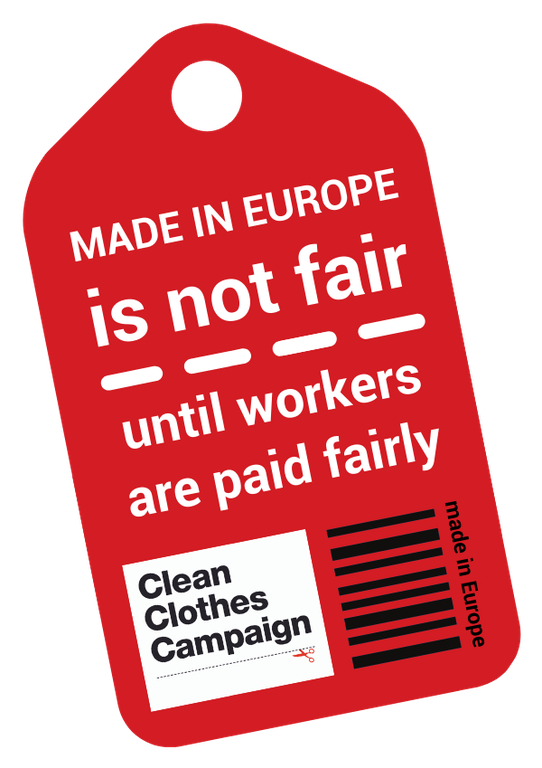 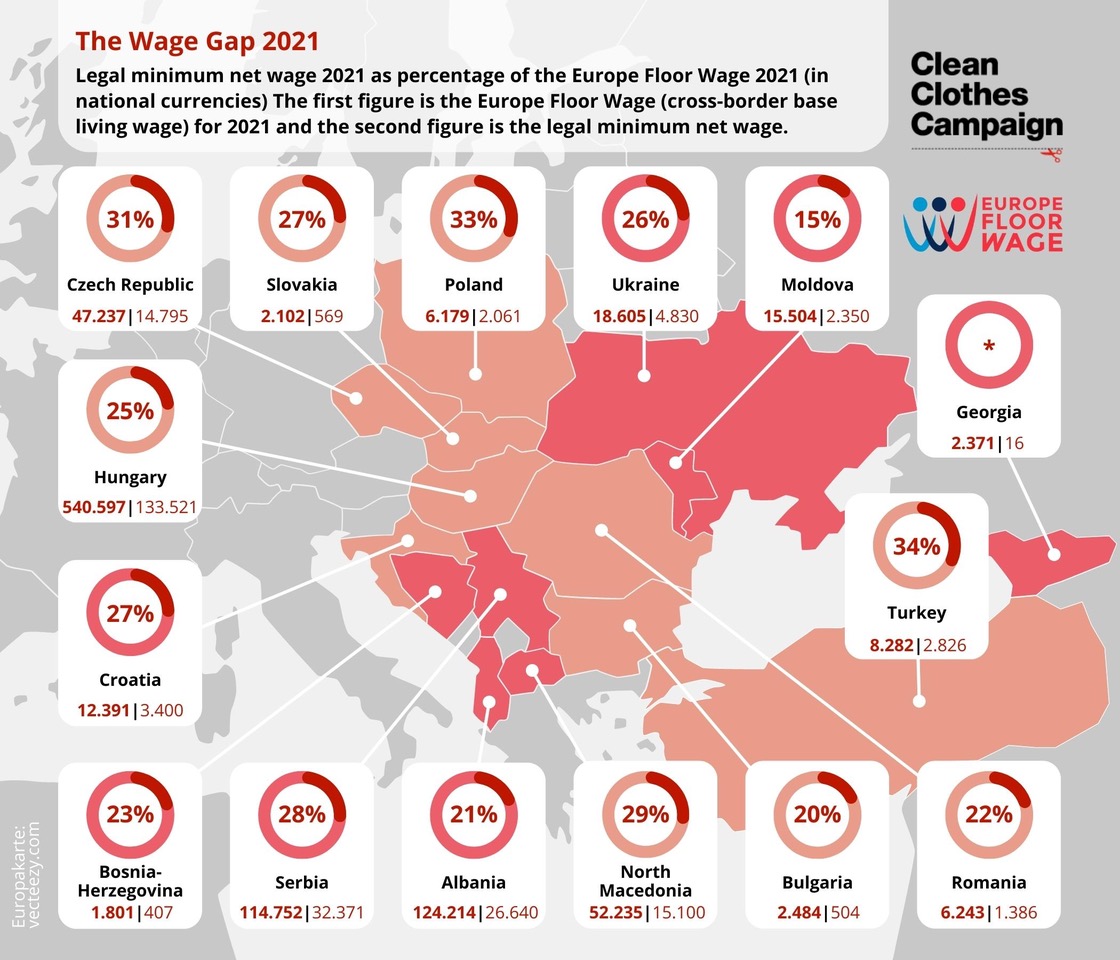 Visit FashionChecker.org to ask your favourite brands if they are paying workers a living wage.

Read more about our proposal for a living wage at WageForward.org 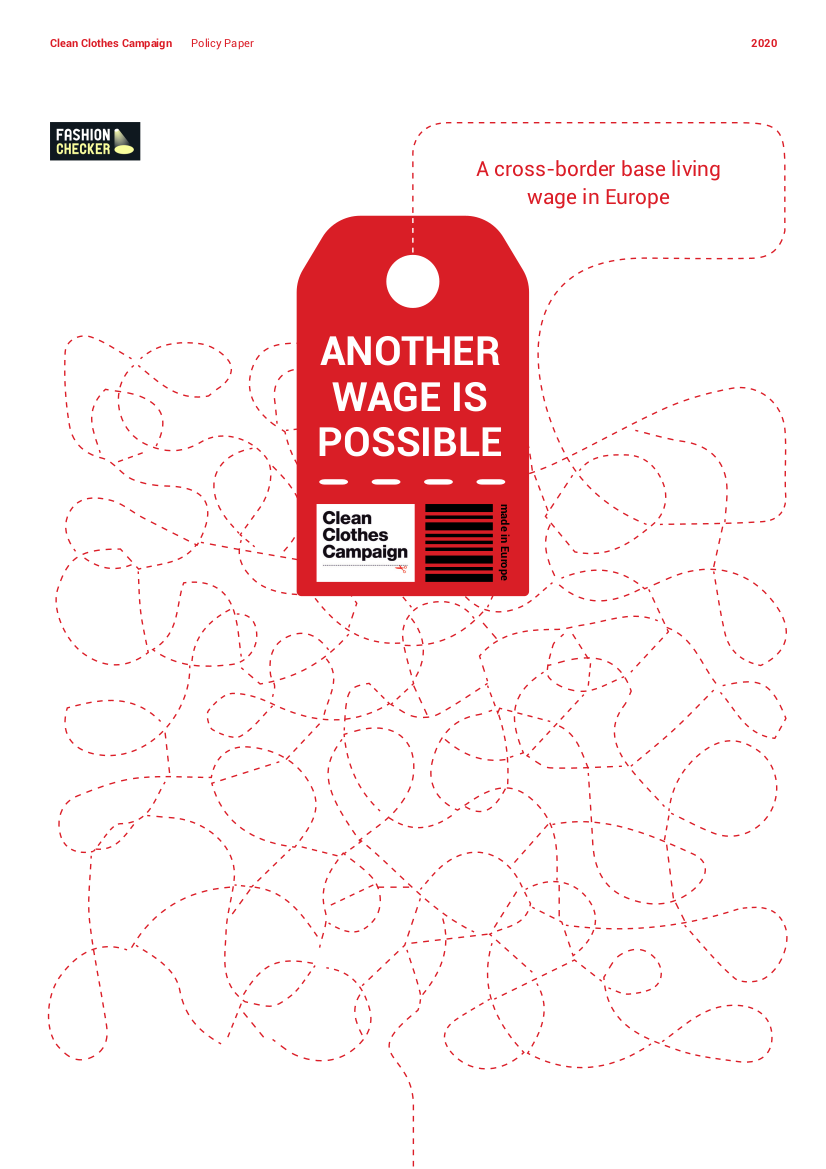 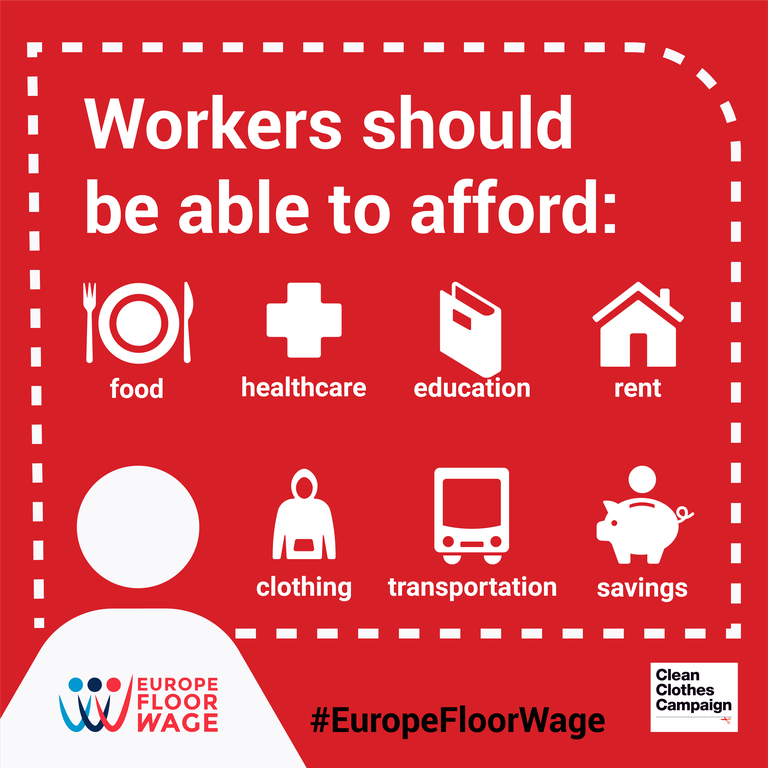 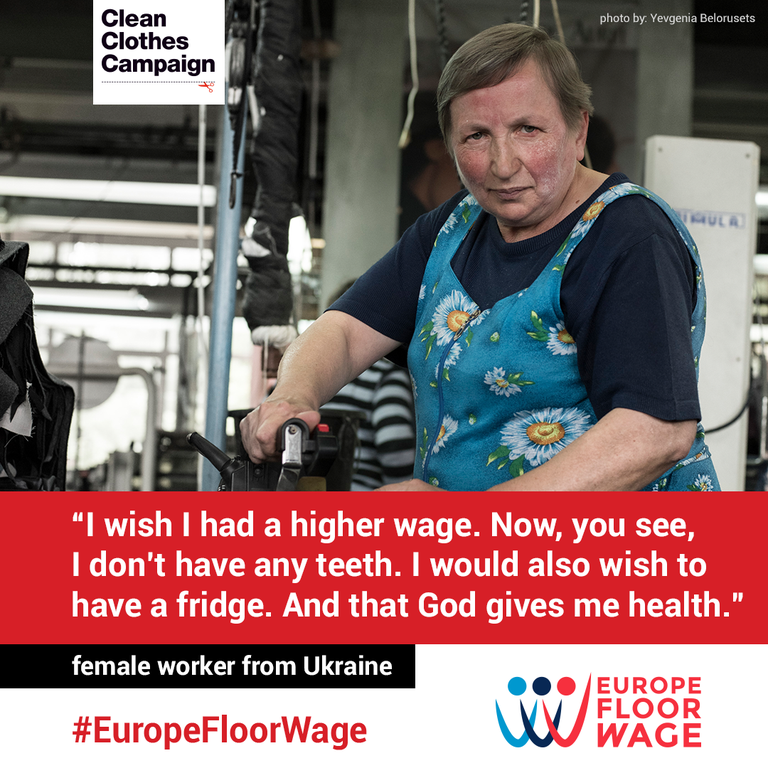 Why should a living wage be a regional concept?

In setting appropriate benchmarks for living wages in Europe, we seek to look beyond national borders. A concept that aims to put workers at its core has to take the global fast fashion business model into consideration. The power dynamics in global supply chains favour brands and retailers. While brands and retailers take the role of price setters, it is suppliers who must accept the prices offered to them.

Brands and retailers control how value is distributed along the supply chain, as well as where and when manufacturing will take place. The clothing industry therefore represents the quintessential example of a buyer-driven value chain. Because of the power that brands hold over their supplier through their purchasing practices, they have an extended responsibility to the workers of their suppliers. This is why brands and retailers are called principal employers.

The global fast fashion business model necessitates a policy that combats relocation competition between countries or regions. If it's cheaper to produce elsewhere, brands will move, and governments will keep legal wages low to incite brands to produce in their countries. With a cross-border approach, we are challenging the constant threat of relocation and preventing competition around wages.

With the Europe Floor Wage our goal is to put a floor on the 'race to the bottom' between and within European garment-producing countries. This does not mean that the Europe Floor Wage is the only possible estimate for a living wage. On the contrary: cross-border and national living wage benchmarks complement each other. This benchmark is an estimate which presents a base for negotiations and can be tailored by trade unions and labour NGOs in the work to achieve higher wages for workers in Central, East and Southeast Europe. 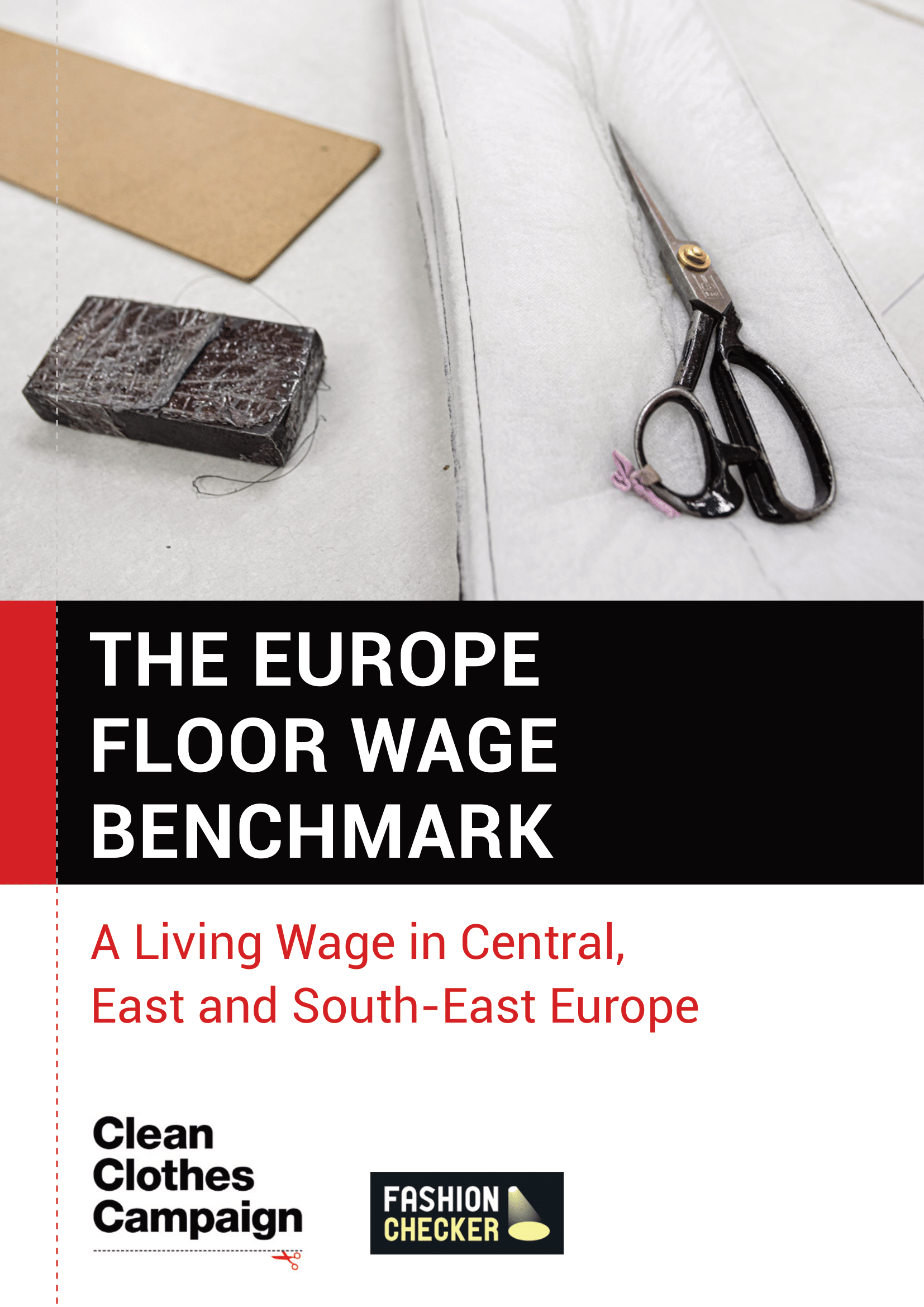 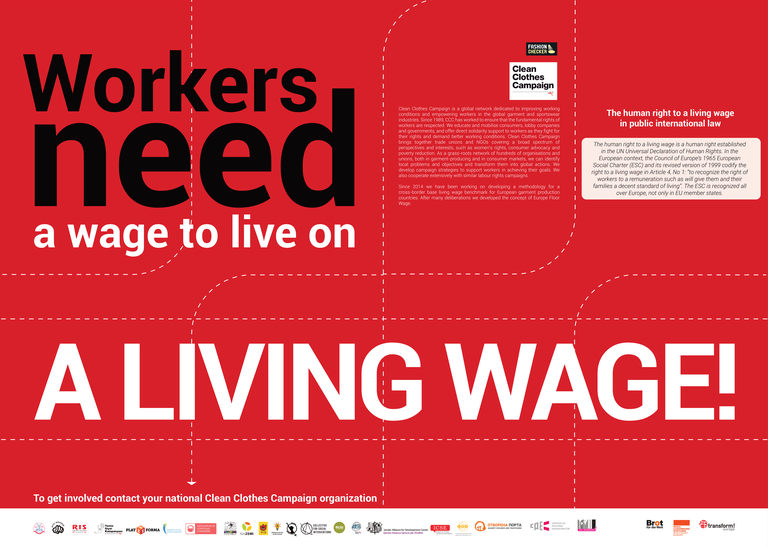 Organisations behind the Europe Floor Wage 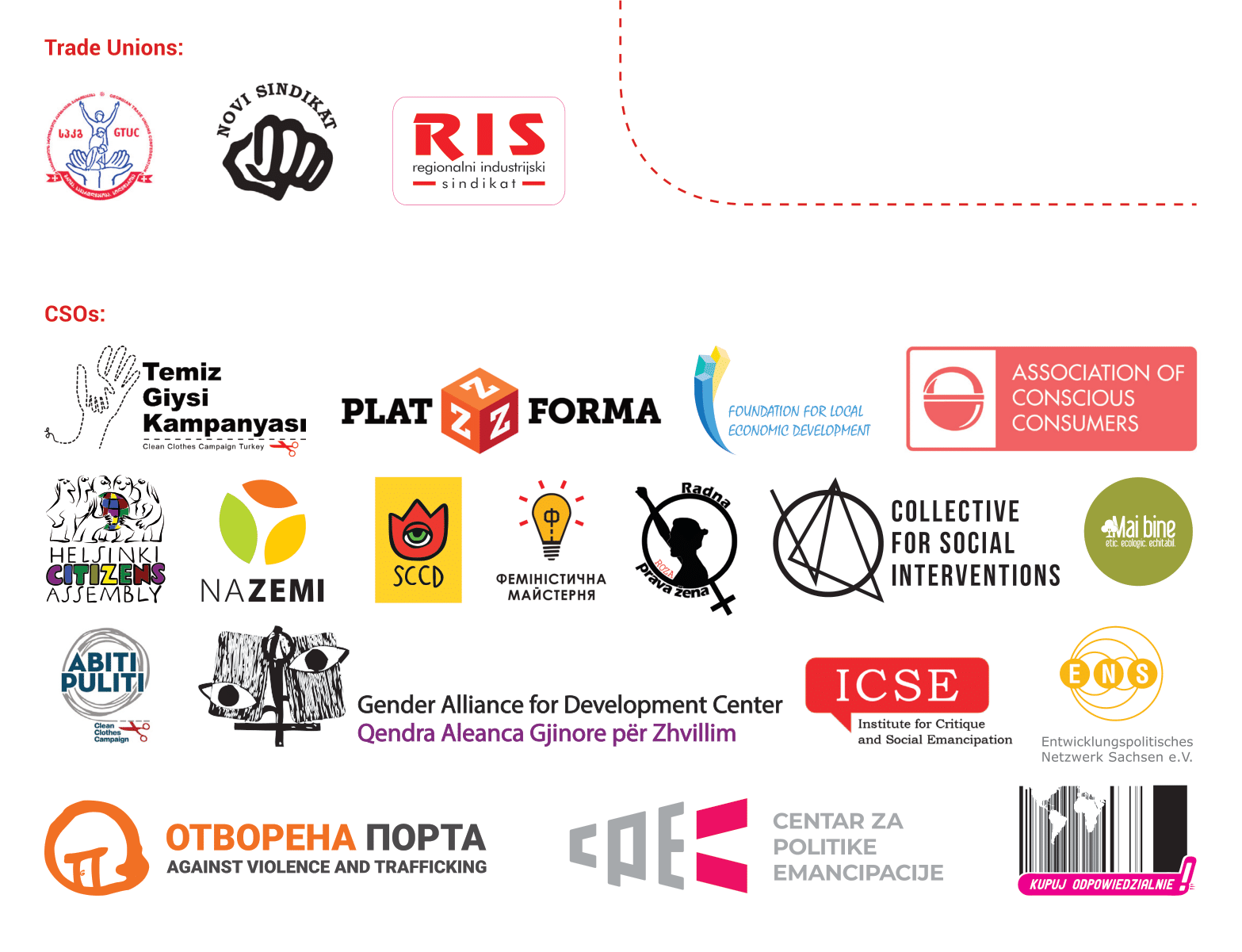