The garment industry is ignoring the plight of its workers

The COVID-19 pandemic brought the extreme vulnerability of garment workers to the fore, as apparel brands responded to the economic crisis triggered by this unprecedented public health emergency by cutting orders and refusing to pay for those already in production.

The result has been mass job losses. An estimated 10 percent of the garment workforce suddenly found themselves unemployed, with many failing to receive any severance pay or even the wages already owed to them.

These workers are in production countries that often offer no social security or safety nets. They are desperate, starving, unable to pay rent or support their families. These workers are the backbone of the trillion-dollar global garment industry and yet those at the top, the brands, are only paying lip service to their plight.

The ongoing crisis in the garment industry started in February 2020, when workers in Southeast Asia were sent home without pay because fabric from China failed to reach their factories. As wages have always been woefully insufficient, that first missed paycheque immediately sent many families from poverty into destitution 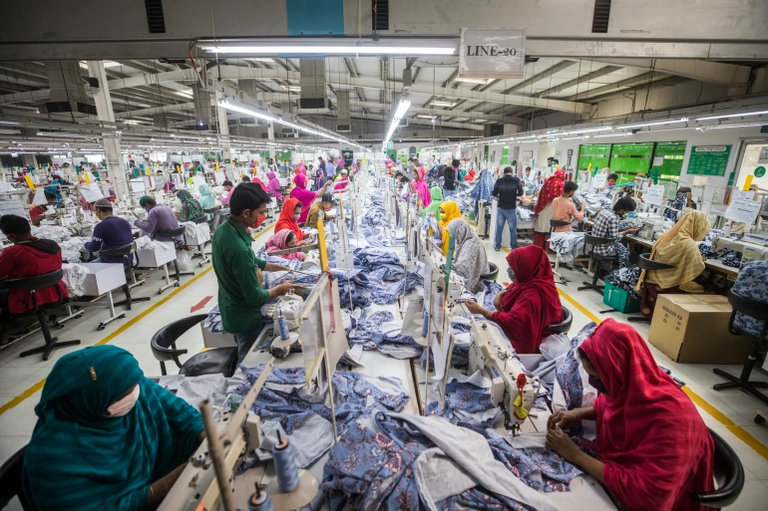 As it became apparent that there is no end in sight to the crisis, the International Organization of Employers (IOE), International Trade Union Confederation (ITUC) and IndustriALL Global Union acknowledged the need for a coordinated response and, in April 2020, launched a Call to Action (CtA) with support from the International Labour Organisation (ILO).

So far, more than 130 industry stakeholders, two-thirds of whom are brands and retailers, signed the CtA which aims to protect garment workers and manufacturers from the worst of the economic fallout and establish sustainable systems of social protection for workers.

While the CtA is undoubtedly a step in the right direction, workers in need of emergency relief cannot wait for its protections to be put into place. Moreover, some of the brands that have signed the CtA are now using it to excuse their ongoing inaction.

When asked in October 2020 what brands would do to ensure workers receive their full wages, Michael Levine, vice president and chief sustainability officer of Under Armour, which is a member of the CtA working group, responded that brands “are not in a position to make additional contributions” beyond the CtA. However, participating in the CtA does not in any way free brands of their responsibility to ensure workers are paid, especially as brands are not obligated to contribute any funds to the CtA.

The fact that signing the CtA does not offer absolution from supply-chain accountability should have been self-evident. The CtA working group decided early on to focus their efforts on eight priority countries – Bangladesh, Cambodia, Ethiopia, Haiti, India, Indonesia, Myanmar and Pakistan. This approach left out countries such as the Philippines, Sri Lanka, and Vietnam which, according to reports from the ILO itself, are also experiencing mass lay-offs in the garment industry and lacking meaningful social security mechanisms. Many brands that signed the CtA, such as Primark, produce garments in countries that are not prioritised by the programme.

Moreover, the CtA is not able to provide swift solutions to supply-chain problems even in countries that it prioritises. Progress has been painstakingly slow. In an October update, the CtA announced “successes” in Bangladesh, where the European Union and the German government committed 113 million euros ($135m) – a commitment which was not leveraged by the CtA, which only unlocked an additional 1.8 million euros ($2.15m) – as well as Indonesia, Cambodia and Ethiopia where a multi-donor ILO initiative with funding from the German government made 2.2 million, 1.95 million and 4.9 million euros ($2.63m, $2.33m, and $5.86m) available respectively. No numbers have been given for the other priority countries.

Even the more considerable funds Bangladesh received, according to our sources, led to less than 2,000 workers receiving direct income support. Arguably, with no obligation for brand contributions and no corresponding figures released, European taxpayers are paying for brand shortcomings via government donations.

These amounts are woefully insufficient to meet even a fraction of the urgent need for relief in the garment industry. Last summer, we calculated that garment workers in Bangladesh were owed $500m for the first three months of the pandemic alone. We estimated the wage gap to be more than $400m in Indonesia and almost $125m in Cambodia. Globally, garment workers are owed at least $3bn alone for the period between March and June 2020. Not only is this an economic crisis, but evidence shows it’s also a driver for other labour rights violations, such as union-busting.

The project to build up social protection in countries where this is currently lacking is of immense importance, but workers also need immediate support. This is why trade unions and other labour rights organisations are demanding brands publicly commit to a wage assurance and severance guarantee fund and assure the workers in their supply chain that they will be paid during this crisis and receive the severance they are owed if they lose their jobs. For just 10 cents per t-shirt, brands can ensure garment workers receive the economic relief they need now and also strengthen unemployment protections for the future.

The industry must stop hiding behind initiatives that use public money to fill the gaps they have wilfully profited from for decades. Instead, they should reach into their own pockets to address the issues in their own supply chains. Brands committing to establishing a wage assurance and severance guarantee fund will not balance the inequalities at the core of an industry that has its roots in colonialism, but it will be a vital step towards building back better. Paying for what you owe is a baseline from which all else should grow – anything less is to be complicit in wage theft.