Six years after the Rana Plaza collapse – what happened to the goodwill of the garment industry giants?

Six years ago today, a building came crashing down, shattering the worlds of thousands of garment workers. In the wake of this tragedy, there was one world that remained unchanged in Bangladesh, that of the global garment industry.

After the collapse, I spent days combing through the debris, gathering scraps of garments, keenly aware this could have happened to me. I am a former child garment worker, turned labour activist after seeing the grave injustices all around me. I spent painstaking hours collecting brand labels from the rubble because I knew irrefutable evidence was required to hold brands accountable. Even so, it still took over two years of intense campaigning to achieve some form of justice for the victims.

Last week’s events illuminated how unnecessary this painful wait was. Within hours of the Notre Dame fire, billionaires behind luxury brands Gucci and Louis Vuitton seemingly pulled €300 million out of their back pocket to generously donate towards renovation.

In contrast, only after our hard fought global campaign were garment brands willing to collectively donate a mere $30 million to the Rana Plaza families. It turns out when it comes to workers’ lives, brands are simply not that generous. In 2012, I went through the smoldering building remnants of a factory in Bangladesh and found Disney labels. Disney however said it had no production at the factory. It did not contribute to compensation and the company soon after left Bangladesh entirely. Yet just days after the Notre Dame fire, Disney pledged $5 million.

Despite promises of change, the garment industry has returned to business as usual, and global action is needed today just as much as it was in the days following the Rana Plaza disaster.

Following the Rana Plaza tragedy, the government of Bangladesh pledged to ensure garment workers’ freedom of association. After a brief peak in union registration, organizing is even more dangerous today than before the disaster. Wage protests earlier this year were violently crushed and followed by dozens of arrests and over 10,000 dismissals in what has been called the worst worker repression in Bangladesh in over a decade.

Brands similarly promised sweeping reforms. In the year of the Rana Plaza collapse, H&M pledged to much fanfare that within five years all garment workers in its supply change would be paid a living wage. Today, as confirmed by research by Clean Clothes Campaign and statements by H&M to Thomson Reuters Foundation in December 2018, no worker in Bangladesh receives a living wage. Workers producing for a long list of brands, including H&M, also say they have been beaten up, arrested, fired, and blacklisted for demanding the wages promised to them.

Instead of learning from the collapse, brands continue to drive down the costs of production while the government seeks to ensure Bangladesh retains its position as a global leader for cheap production. These dynamics, alongside curtailing workers’ rights to raise their voices, is what led to the Rana Plaza disaster. The thousands of workers who entered the building on 24 April 2013 knew it was unsafe, but were unable to collectively say no because managers threatened to withhold their wages.

Even the Accord on Fire and Building Safety, the only positive change in Bangladesh following the Rana Plaza disaster, has come under threat. This is the first legally binding and transparent programme in the world devoted to ensuring garment factories are safe for workers.

The government and factory owners’ assertion that they are ready to take over the Accord’s life-saving work is an insult to the 1,134 who died in Rana Plaza and to the hundreds who were killed in buildings that should have been inspected by government agencies in the years since. Recently almost 100 people died in fires because the government failed to follow up on its promise to remove chemical storage from residential areas and did not ensure that high-rises in Dhaka have functional emergency exits.

As we saw with the historic signing of the Accord and now with the generous donations to Notre Dame, global brands have the power and resources to do monumental things, but only when they are compelled to do so. We need to stop believing in the promises of brands, and instead listen to the voices of workers, ensuring workers can freely express their needs and organize for change. Change is possible but it is entirely up to us to ensure brands are forced to act and held accountable. 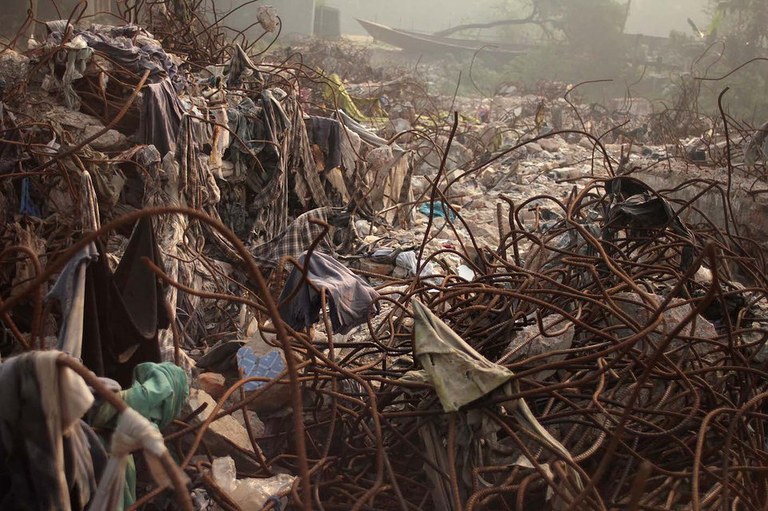